It has been nearly four months since the city of Moline closed the bridge providing access to Sylvan Island and nature has already started the reclamation process. A friend and I decided to check out the island last Sunday to see how it had changed with little to no human involvement. We landed on the eastern shore by boat and did a quick hike to assess the condition of the trails. It was a short trip and we mainly stuck to the perimeter and doubletrack trails but still managed to duck into the singletrack in a few areas.

Almost immediately it was evident not many people had been on the island since the bridge was closed. The park is technically still open to the public but without easy access most people have been forced to choose other areas to recreate. Many of the limestone paths were overgrown with weeds and the previously mowed areas were starting to look like a prairie restoration project.  Surprisingly, many of the biking trails were still quite clear from overgrowth in areas where the thick canopy blocked out sunlight.  Areas not shaded by the canopy had experienced rapid regrowth of small trees, shrubs, and grasses and the trails had nearly disappeared.

So, are the trails still in usable condition? I suppose that depends on your preferred activity.  The trails are not in condition for serious riding at this point because of a number of downed trees/branches and flood debris requiring dismounts to pass.  If you aren't worried about the logs and faceslappers, then maybe the face hugging spider webs every 20 feet will convince you otherwise.  However, most tails are still very hikeable. Just remember to pick up a stick to fend off the spiderwebs. Runners could still probably enjoy most of the gravel paths but with so many other options available, not requiring a boat ride, they will probably choose to run elsewhere.

I made sure to take plenty of photos to properly convey the condition of the island; a few of the better ones are posted below. To view the full gallery of images follow the link: Sylvan Island Returning to Nature

From the Other Side

Looking back at the Moline shoreline through locked gates. 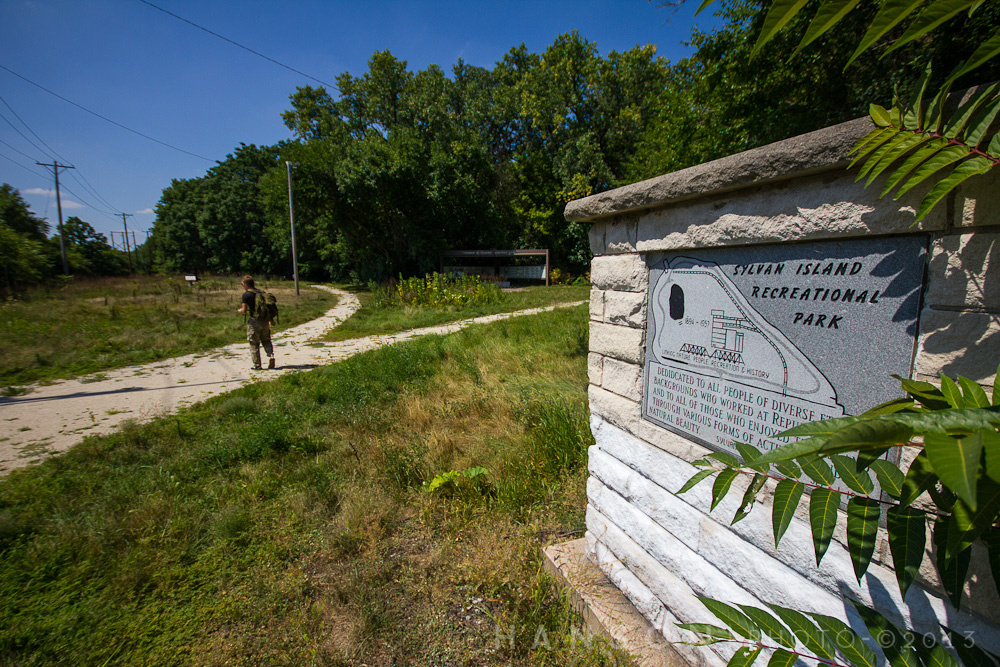 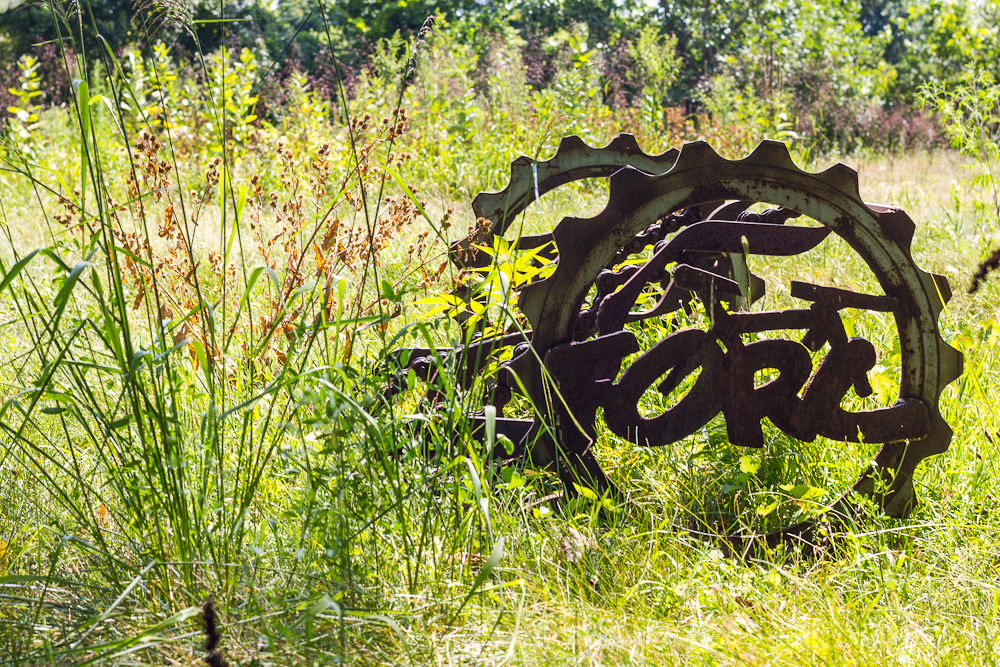 Metal sculpture on the island. 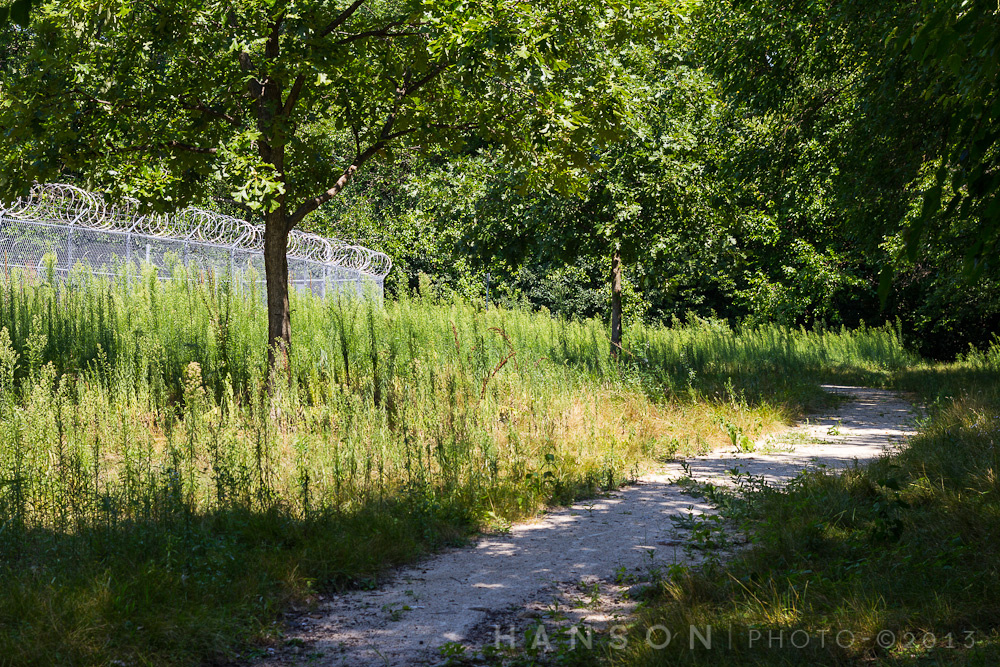 Northwest corner of the island. 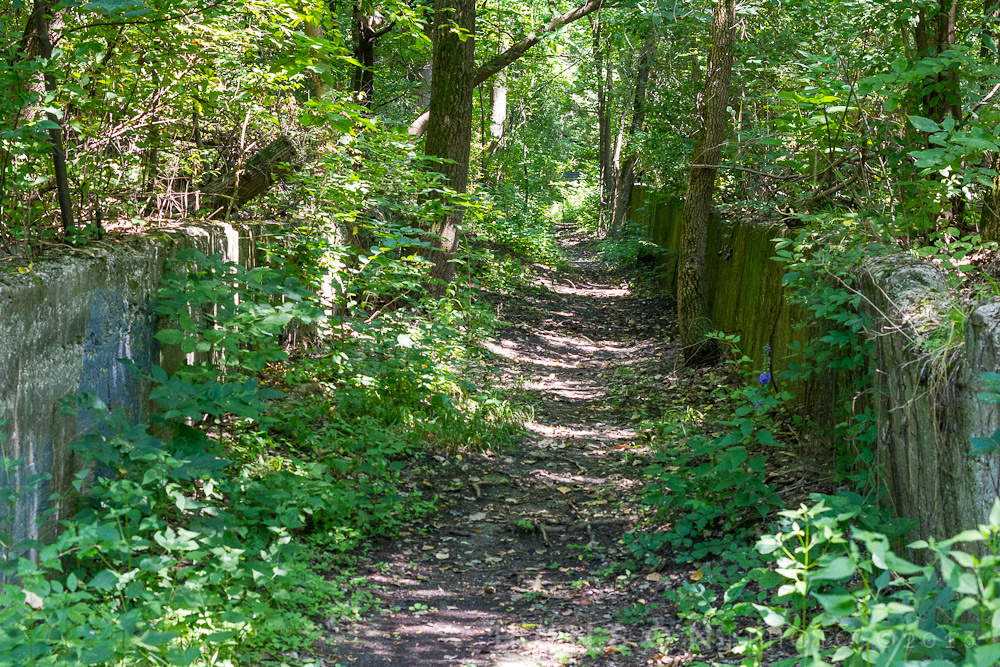 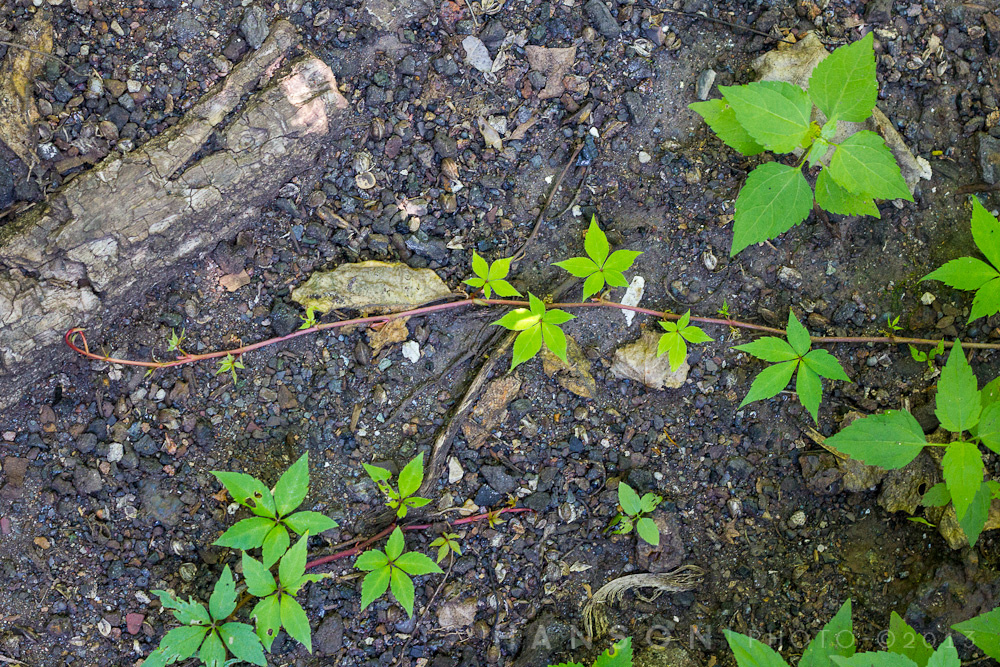 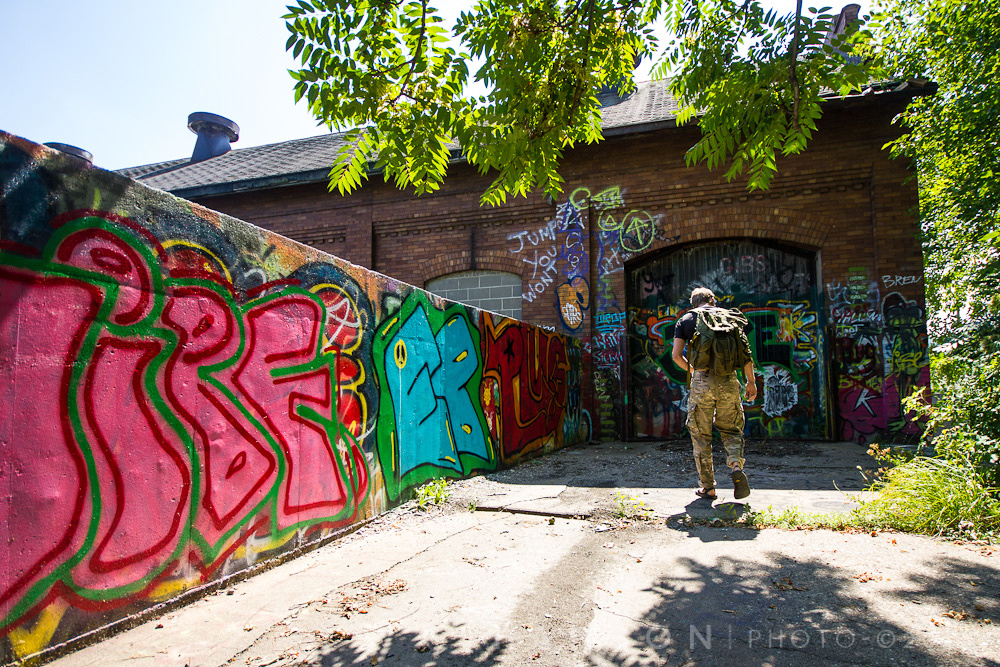 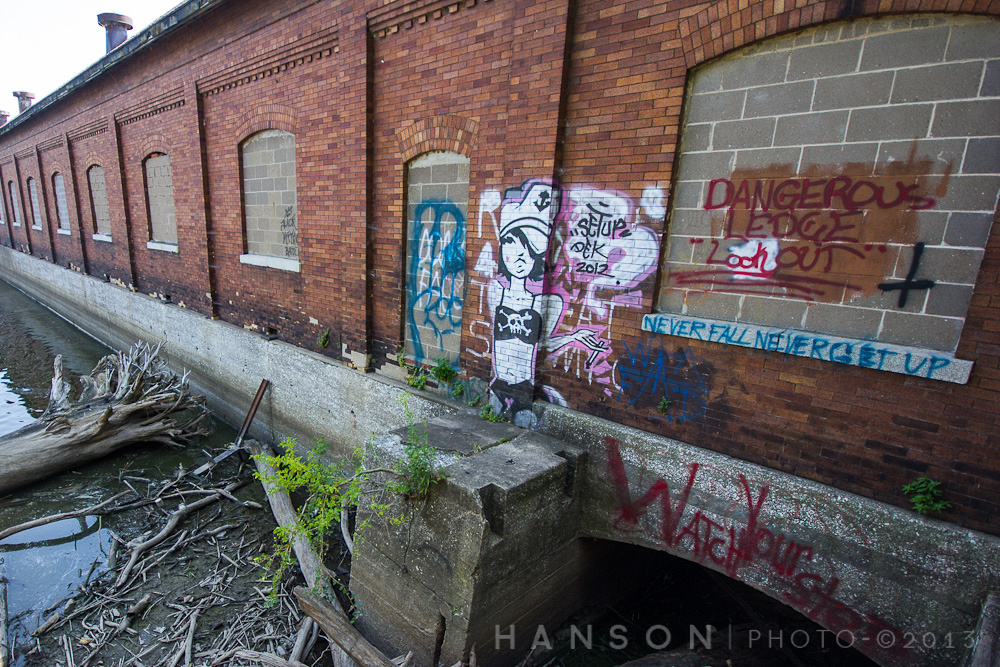 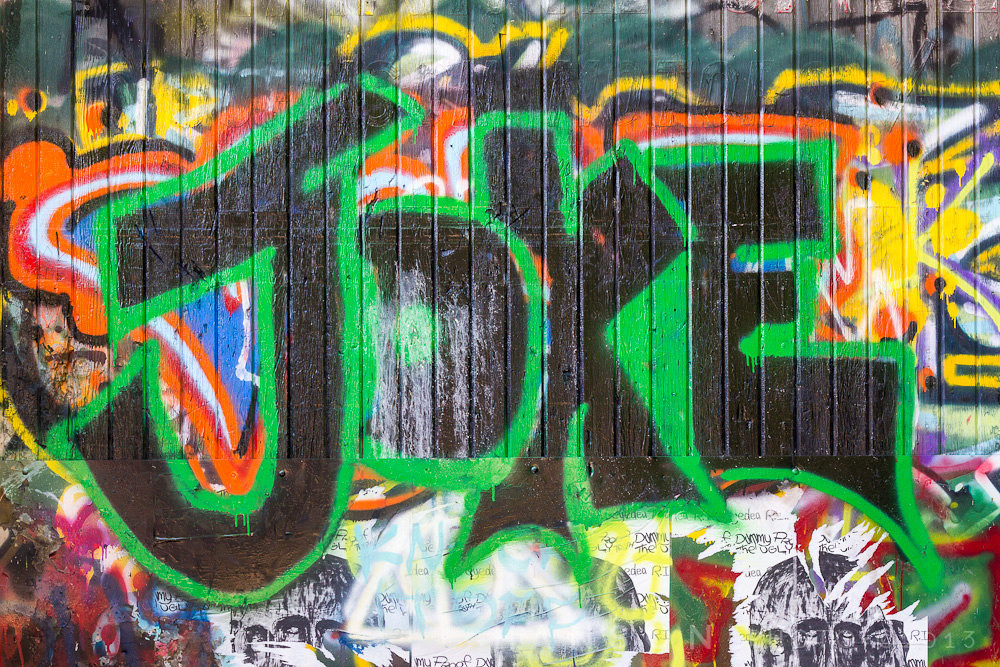 More graffiti on the east shore.